Cystic and Solid Cortically Based Mass in an Adolescent with Seizures: A Case-Based Illustrative Review

A 14-year-old girl presented with intermittent episodes of dizziness, staring spells, and “odd smiling episodes” that had been increasing in frequency over the past 4 years. She denied headaches, and visual, motor, or sensory symptoms associated with the episodes. There was no overt “post-ictal” state. The patient was referred for a brain MRI for suspected seizures (Figure 1).

Cystic and solid cortically based mass in an adolescent

Seizures are a common clinical indication for advanced neuroimaging in pediatric patients. The goal of imaging is to identify a potential epileptogenic focus, especially in cases that are refractory to medical management. Common etiologies of epileptogenic foci include congenital, acquired, and neoplastic lesions. Although any neoplasm may result in seizures, neoplasms particularly prone to epilepsy in children, adolescents, and young adults include ganglioglioma, pleomorphic xanthoastrocytoma (PXA), and dysembryoplastic neuroepithelial tumor (DNET).1

Ganglioglioma is a mixed neuroepithelial tumor with neoplastic ganglion and glial components. It is cortically based, most often occurs in the temporal lobes, and represents the most common neoplastic cause of refractory epilepsy in children and young adults. Its peak presentation occurs in the second decade of life.

The imaging appearance often mimics its histology. The vast majority of lesions are low-grade (WHO grade 1) and present as solid or cystic and solid cortically based masses. On MRI, the solid component is iso- to hypointense compared to gray matter on T1 and hyperintense on T2/FLAIR imaging. Both enhancement and calcification are relatively common, occurring in about 50% of cases (Figures 2 and 3). Enhancement of solid lesions may be homogeneous or heterogeneous, while cystic and solid lesions often demonstrate mural nodular or rim enhancement (Figure 2). Surrounding edema may be seen but is typically mild when present. Peripheral lesions may show some overlying bony remodeling due to the slow growing nature of the tumor.2

Higher grade lesions are much less common and include anaplastic (WHO grade III) and more rare aggressive (WHO grade IV) lesions, which typically result from malignant degeneration of the glial component of the tumor. Higher grade lesions may have a more heterogeneous or atypical imaging appearance with ill-defined signal abnormality or areas of necrosis.3

Surgical intervention is the treatment of choice and may be curative with gross total resection. Radiation therapy or radiosurgery is typically reserved for recurrent, aggressive, or unresectable cases.4

Similar to ganglioglioma (although less common), PXA is a cortically based tumor that most commonly occurs in the temporal lobes and may be a cause of refractory partial complex seizures in adolescents and young adults. It is derived from astrocytes and is considered a WHO grade II tumor, although anaplastic features may be present in rarer higher-grade lesions.

The characteristic imaging appearance of PXA is that of a cystic mass with an avidly enhancing mural nodule. The nodule typically abuts the overlying meninges, which are often thickened and may show dural enhancement, which is a useful discriminator when present (Figure 4). The solid component has variable density on CT and is iso- to hypointense to gray matter on T1 and variably hyperintense on T2/FLAIR imaging. Calcification may be seen, whereas hemorrhage is rare. A less common imaging appearance is that of a mainly solid tumor with varying degrees of cystic change. The degree of surrounding edema may vary from none to marked. Its peripheral location and slow-growing nature may cause bony remodeling.5,6

Surgical resection is the preferred treatment with gross total resection often being curative. Residual or recurrent tumor may be treated with additional resection and/or radiation therapy.

DNET is a low-grade (WHO grade I) mixed tumor with glial and neuronal components. It is a cortically based neoplasm that most commonly occurs in the temporal lobes. In combination with cortical dysplasia that is often present in association with the lesion, patients commonly present in the first and second decades of life with medically refractory epilepsy.

The characteristic imaging appearance is that of a circumscribed, wedge-shaped, “bubbly” or multicystic-septated cortically based mass (Figure 5). The noncystic component is often iso- to hypointense compared to the cortex on T1 and iso- to hyperintense on T2/FLAIR imaging. There is typically little mass effect and no significant surrounding vasogenic edema. Enhancement may occur in about one-third of cases with calcifications being less common. The associated cortical dysplasia often demonstrates blurring of the gray-white junction with more ill-defined and tapered margins. Given the slow-growing nature of the benign tumor, overlying bony remodeling may be seen with peripheral lesions.7

Advanced neuroimaging is commonly performed in children and adolescents to identify a potential epileptogenic focus. The most common neoplasms prone to medically refractory epilepsy in the pediatric population include ganglioglioma, PXA, and DNET. Although the imaging characteristics of these lesions overlap, secondary or specific signs may often favor one lesion over another. Therefore, it is important for radiologists to have a basic understanding of the differentiating features associated with these epileptogenic tumors to help guide appropriate management.

O’Brien WT, Sr.  Cystic and Solid Cortically Based Mass in an Adolescent with Seizures: A Case-Based Illustrative Review.  J Am Osteopath Coll Radiol.  2019;8(1):5-7. 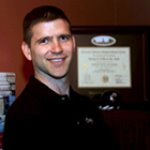 Prev Next
Tweets by @AOCRNews